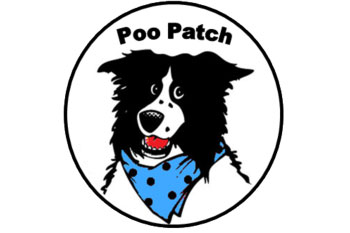 In January of 2013, Action Research developed and deployed a pilot program to reach out to large property dog owners in rural areas of San Diego County. This program based on previous research from an in-person survey of dog owners living in rural, unincorporated areas of the county. The survey results identified specific dog waste management actions taking place on private property, and the barriers and benefits to proper dog waste management, particularly on large properties. For example, the survey found that dog owners with larger properties had a substantially lower frequency of pet waste pick up on their property and experienced significant barriers to picking up all of the waste. For this pilot program, local youth groups, including Girl and Boy Scout troops, educated and obtained in-person commitments from their neighbors, asking dog owners to commit to picking up after dogs in areas on their property with a high likelihood of runoff (e.g. near water, on slopes, and areas with little vegetation).

Overall, the Poo Points project provided one-on-one education to more than 100 individuals, and a total of 22 Poo Point in-person visits were conducted by youth in Fallbrook, Lakeside, El Cajon, and Oceanside. When comparing pre- and post-visit, Poo Points significantly increased perceptions of dog waste as a pollutant, understanding the importance of picking up pet waste on private property, knowledge that stormwater is not treated before being released into waterways, and an increased frequency of pet waste pick up among program participants.

The Poo Points project generated a lot of interest among Scout leaders and parents. The project was seen as a positive activity that would get their children involved in something of benefit to others. In 2014, the County of San Diego expanded the Poo Points pilot program to make it available to youth groups in all unincorporated areas of the County. Action Research is actively recruiting Boy and Girl Scout troops, 4-H Clubs, Boys and Girls clubs, and other youth groups to participate in this innovative and important community service project. To stay up-to-date on Action Research’s newest projects, follow us on Facebook and Linked In.